Incredibles 2 (2018) – Entertaining.  The animation was gorgeous to look at (even though this movie is more about the action than the aesthetics) and it was fun seeing all the characters again.  And the villain was pretty cool.  But it definitely wasn’t as perfect as the first movie. (What is?)

Casino Royale (2006) – Okay, so it was very confusing and somewhat boring.  But Daniel Craig is very good-looking and the femme fatale was intriguing.  So the movie wasn’t a total loss. 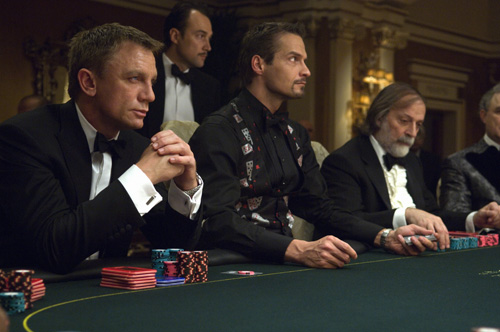 Hidalgo (2004) – An incredible western-that-is-not-a-western.  I can’t recommend it highly enough to fans of westerns, horses, exciting races, and ‘Lawrence of Arabia’.  Based on a true story of a guy who entered his mustang in a famous Arabian race, ‘Hidalgo’ has everything: romance, a great soundtrack, action, and an epic character arc.

Spirit: Stallion of the Cimarron (2002) – Literally Hidalgo 2.0 – but worse?  It was an okay movie and there were definitely parts I liked, but it was pretty meh overall.

The Theory of Everything (2014) – Started out strong, but got a little boring and pedantic.  Still, a powerful, moving story.  As a Christian, I obviously have problems with Stephen Hawking’s worldview, but I can still respect the tremendous struggles and triumphs of his life.  Eddie Redmayne was fantastic in the role. (And Felicity Jones is one of my top five favorite actresses, so yeah.)

The Terminator (1984) – LOVED IT.  I had my reservations at first, but it was so, so good.  Action-packed, emotional, thoughtful, chilling, romantic…gahhh. (Apparently James Cameron has a thing for tragic romances.)

No Country for Old Men (2007) – When I showed this to some of my siblings, we were pretty evenly split in our opinions of this movie.  My oldest brother and I think it’s a fascinating cinematic tour de force.  And then another brother and sister thought it was a total waste of their time.  What do you think?

The Nun’s Story (1959) – Utterly fascinating.  I watched it for Audrey Hepburn but the story, characters, and sneak peek into the inner workings of a convent captured my interest fully.  ‘The Nun’s Story’ is almost three hours long, but that time flew past.

Good Will Hunting (1997) – *deep breath*  YOU GUYS.  I get it now.  I totally get why Robin Williams was – and is – a national treasure.  I CAN’T EVEN.  He…he did such a good job.  Totally grabbed my emotions and held them. (Also, young Matt Damon is super cute and I think it’s really cool that he and Ben Affleck wrote the screenplay.)

So, what movies have you watched lately?  Anything good?